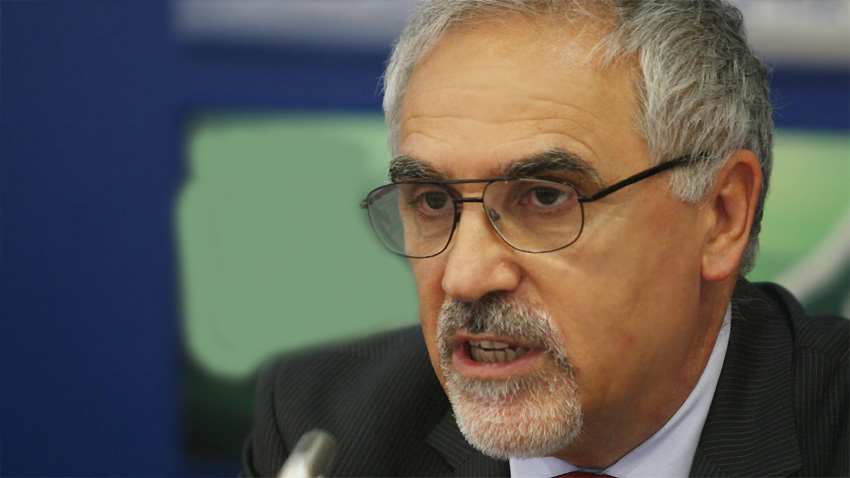 Mr Kyuchukov, what are the possible ways out of the situation in Great Britain now that the parliament has rejected the Brexit deal proposed by Theresa May?

To a great extent the possible options are mutually linked in a logical consequence. The first step that is coming is the next voting in the House of Commons on the so-called plan B. It is a consequence of the parliament’s decision obliging Prime Minister May to present alternatives option for Brexit in case the EU-agreed plan is rejects – which happened.

May herself is trying to postpone that second voting as long as possible.

Firstly, because it turned out that there is no plan B. The maximum May can try to achieve are possible changes to the political declaration accompanying the EU withdrawal agreement. It should be taken into consideration that the agreement itself is a legally binding document that concerns the process of separation, while the declaration is a non-binding document outlying the political principles on which the future relations between the EU and the UK will be agreed. The EU is ready to make changes to the declaration only – changes that could possibly address some of the UK concerns.

Secondly, because the only chance for the once rejected agreement to receive support at second reading is if the members of parliament are placed in a zeitnot situation and have to choose the lesser evil. May is placing in a dilemma both the supporters of a hard Brexit, i.e. a no-deal Brexit, and those who want to stay in the EU or insist on agreed withdrawal but on different conditions. She tells the first: “Either this agreement or there may not be a Brexit at all,” and tells the second: “Either this agreement or a no-deal Brexit.” Actually, however, the main addressee of these political maneuvers are the opposition MPs, because as the deadline for withdrawal is drawing closer the likelihood for a no-deal Brexit is increasing: this is what the dissenting MPs in her own Conservative Party are actually trying to get.

Nevertheless, it would be extremely surprising if at least half of those 230 MPs who have already voted against the agreement find enough arguments to radically change their opinion within the span of less than a month and push the agreement ratification through parliament. Given that a repeat voting will more likely be negative, there will remain only two possible options on the table: a no-deal Brexit or asking the EU to extend the term until after March 29.

Can the UK leave the EU without clearly set rules?

This is exactly what a no-deal Brexit will be. As the deadline is drawing closer, that is becoming more and more likely. Under the EU Withdrawal Act adopted by the UK parliament the country shall leave the EU on March 29. There are no indications that at this stage the parliament can garner the necessary majority for a change. In case of a no-deal Brexit the rules will be actually formulated on the move, reactively, case by case. That will happen unilaterally: the UK authorities (more often) or the EU (mainly in reaction to the respective UK decisions) will decide how to proceed on one issue or another: starting from the introduction of customs checks at the borders and reaching to the rules for entry, stay, use of the social and health system, education etc. for citizens of EU non-member states. Of course, realizing all those difficulties for both sides and in order to avoid chaos a possible no-deal Brexit can be expected to be accompanied by some mutually agreed framework of minimum rules to which the sides should keep at least in the beginning. That is something that can receive the paradoxical form of “an agreed no-deal Brexit.”

Nigel Farage has accused the EU of plotting to block Brexit. How do you assess the statements of the European leaders: are they concerned or are they actually trying to conceal their happiness about UK’s possible remaining in the EU?

Undoubtedly, concern is the prevailing sentiment in the EU. Both with a view of the complete lack of clarity about the withdrawal process itself and the agreement of new relations between the EU and the UK. In case of a possible no-deal Brexit all problems will pile up without a mechanism for their mutual solving. On the other hand, the very negotiation process has cost a lot of political energy and resources to both negotiating sides. In a political plan it has replaced the urgent debate and solutions on the future of the EU itself and diverted the attention from other serious European problems. That seems to have intensified the desire in the EU to put an end to the Brexit saga: either through agreed withdrawal or through a decision to stay. Each of these two extreme results seems to be preferred to the uncertainty of an endless Brexit.

How likely is a new referendum in the remaining time until March 29?

That is impossible to happen before March 29. A new referendum will require avoiding a no-deal Brexit and materialization of the second possible option after the probable repeat rejection of the current agreement, i.e. extension of the negations until after March 29. That can only happen at the request of the British government (something that May is currently denying) and with the agreement of all the rest 27 EU member states. The EU itself is also reserved for now, as far as such an extension would only be reasonable if there is a radical change in the British negotiating positions (for which there are no indications) or in the political situation in the country (a government crisis and a possible new election). For a second referendum, several conditions need to be fulfilled: a new election, a new parliament and a new government, which will decide on conducting a referendum. Moreover, even the supporters of a new referendum are not unanimous about the very question to be asked: some insist that it should be on the ratification of the current agreement with the EU, while other say that it should be on UK’s remaining in the EU. There are even ideas that the referendum should include three questions combining all these possible options.

In any case the result from Brexit is already evident and it is quite unambiguous: a deep crisis in the country, a divided society, political confrontation (among but also within the main parties), insecurity. What is more, that will probably last for long.