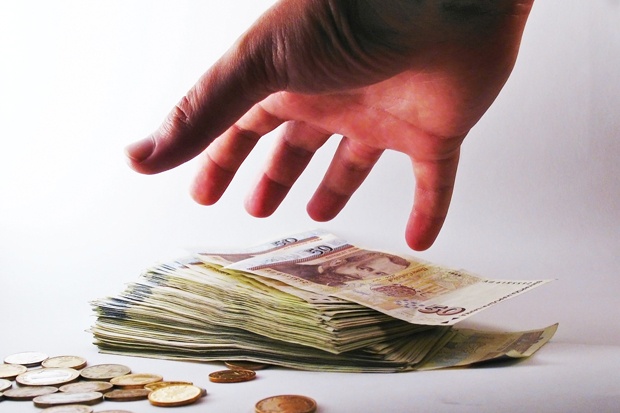 The state subsidies for political parties were introduced to safeguard them against business influence. That turned out a ridiculous move – politics itself is a business. At least it is in Bulgaria.

Subsidizing parties from the general government budget is the most important of all political topics. The measure was introduced to prevent corporate influence on parties. It has turned out that business interests influence not only party behavior but entire institutions. The incumbents are sucking up money from both their behind-the-scenes benefactors and the people of the poorest country in the European Union. In addition to the direct and entirely legal financing from the budget, the incumbents have turned out to make so many shady deals in real estate that no-one now has illusions any longer why one would go into politics – to get rich of course.

Regretfully, the proponents of the idea that the state should subsidize parties are so numerous and vocal that the opposite opinion is hard to be heard. There are only two members of parliament in Bulgaria’s most recent history who have opposed financing parties with taxpayers’ money: Mincho Hristov and Stela Bankova. That happened back in 2007.

The very idea of channeling millions of leva from the budget to political entities at a time when hospitals are being closed is cynicism. What is more, that has been the practice for decades. It is true that there are state subsidies for political entities in other countries. But can Bulgaria compare itself with Germany? Or with the developed European countries? And why is there no public control on that financing?

That is actually the second problem: the missing control. Under the law it is only the Accounting Office that can control – to some extent – these cash flows. By tradition parties give no account of how they spend their subsidies – comprehensively, clearly and fairly. Partocracy relies on the fact that the large part of the electorate will hardly delve into the PDFs on the Accounting Office’s website. Or if it does, that it will hardly understand anything.

The entire philosophy of financing parties in Bulgaria is wrong. Various draft changes have been discussed in the National Assembly over the years, including all kinds of ideas for financing: from a share of the minimum working wage paid through the budget to donations worth up to 100 leva. Both ideas were suggested by the National Movement for Stability and Progress. At the same time the Bulgarian Socialist Party proposed that a public register should be kept of all donors, including the size of donations and declarations of source of funds. The same register had to contain information about the members and structures of the party, as well as about the social research and advertising agencies the respective party worked with.

All that, of course, is now long forgotten. The only draft providing for revocation of the state subsidies for parties was proposed by Mincho Hristov and Stela Bankova again. They even brought forward information that besides their salaries the members of parliament also received money from their parties for “consultancy services”. That is an old and well known practice for a small circle of people who have declared themselves an elite. But can a gang of shameless people who have gone into politics for the sole purpose of buying big apartments be an elite?

It is not a secret that the Political Parties Act has been often amended – always for the good of the people. Besides the subsidies from the general government budget, parties can now finance themselves with donations, membership fees, publishing activities and own real estate. They cannot receive donations from foreign organizations and legal entities.

That subsidies have corrupted the Bulgarian political system is a fact acknowledged by a number of observers in the past ten years or more. Firstly, this money is not used for political purposes only. What can be the political purpose of keeping tens of millions of leva in the bank? Or that is exactly the purpose of making a political party?

Secondly, elections in Bulgaria are bought. A large part of the money you need to buy power comes from the subsidy, i.e. from the pocket of the Bulgarian dupe. At the same time the people never raised the question of why a tax was levied on the interest on deposits and not on parties’ millions in the bank.

Not to forget that parties also rent real estate at discounted rates. Who controls what they do with that real estate?

Before 2005, when the Political Parties Act was adopted and introduced the state subsidies, party financing was not transparent either. Parties then financed themselves through donations and membership fees and both ways provided loopholes for corporate influence. Today we can say that although that financing did not look transparent enough, at least it was their – parties’ – concern. Today every Bulgarian pays for their existence and gets nothing in return. Everyone pays: the healthy and the sick, the mother of many children, the worker and the pensioner.

Therefore the public should call parties to account. It is seen that they have money and hold it in the bank rather than spend it on ideas, policies and care for Bulgarians and for the future of Bulgaria.

If the parties in parliament can be said to make some politics, poor as it is, what shall we say about the various small parties created for the single purpose of reaping subsidies?

Parties cannot support the revocation of subsidies and are therefore waving all kinds of bogeymen. In Slavi’s Shown on television prime minister Boyko Borisov said that “if the subsidy is reduced to 1 lev, the parliament and the political parties would fall immediately into the hands of the rich.” Given that at present the subsidy is 11 leva per vote and GERB has 23 million leva in the bank, it is interesting to learn how the bad rich people have managed to trick eminent party figures into buying cheap apartments.

On November 6, 2016 there was a referendum on party subsidies. The votes cast were not enough to make the will of the people binding for the parliament. Probably the truth about the budget-subsidized financing of parties cannot be understood by most people. Besides, a referendum is not required to amend that part of the law. It only requires 121 members of parliament who see further than their nose.

Party financing requires a new wide public debate but no political power is interested in initiating it. That makes such commonplace explanations like Borisov’s possible. Alas, they are met with silence.