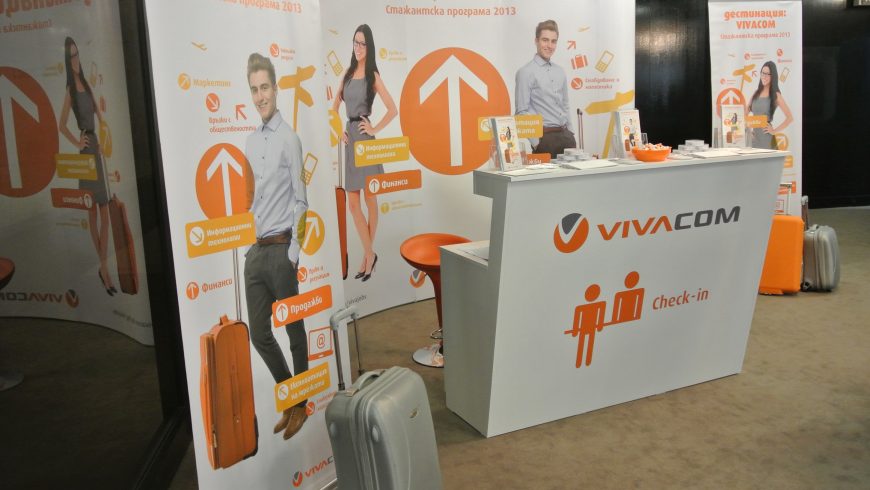 While lawmakers in the National Assembly, led by Movement for Rights and Freedoms MP Delyan Peevski, are urgently adopting extraordinary legislation intended to prevent the embezzlement of Corporate Commercial Bank’s (KTB’s) assets, the trustees in bankruptcy are demonstrating, without much ado, how one can act in the opposite direction.

The bank’s trustees are on the road to completely losing any chance of collecting even a portion of one of the large assets acquired with KTB financing: the Bulgarian Telecommunications Company (BTC). KTB is one of the creditors of the first company in the chain of the telecom’s ownership: Luxembourg-based InterV Investment. It had a credit limit of €10 million and by the time KTB was placed under special supervision as much as €8.66 million of it had been drawn down. The maturity term of the credit is 24 November 2014. How much of it has been paid back and if anything has been paid back at all is not clear, because the reports published by KTB’s trustees are not public.

The credit was secured with a pledge of shares of BTC’s parent company, Bulgaria-registered Viva Telecom Bulgaria. The credit was provided for partial financing of the acquisition of BTC in 2012 in a complex operation. It resulted in the distribution of control over the Bulgarian telecom as follows: 43% for companies controlled by KTB majority owner Tsvetan Vasilev, 33% for VTB Capital-controlled companies and 23% for former creditors of BTC.

By decision of the trustees in January 2018 KTB agreed to release the pledge of shares of Viva Telecom Bulgaria. The documents entered in the Trade Register do not make it clear if that was done for consideration, i.e. whether the loan has been repaid.

Even if it has been repaid, the release of the pledge of the shares of Viva Telecom Bulgaria deprives KTB of effective means to seek collection of the loans provided to other companies that participated in the change of ownership in BTC. That is yet another step by which KTB’s trustees turn away from the possibility of collecting any debts from BTC.

Currently the shares of Viva Telecom Bulgaria are only a security for a €240 million loan provided by VTB Capital to Luxembourg-registered Viva Telecom. In 2015 that company won a strange auction for a €150 million loan from VTB Capital on which InterV Investment had defaulted. That loan, like the €10 million from KTB, was also provided in 2012 during the previous change of ownership in BTC.

The auction for the non-performing loan due by InterV Investment to VTB Capital was the basis on which the control was effectively changed in 2015.

In Viva Telecom (Luxembourg), Spas Rusev got 46%, another 20% less 1 vote went to VTB, 19% went to Delta Capital Investment (controlled by VTB’s Bulgarian managers, Milen and Georgi Velchev brothers and Krasimir Katev) and 15% plus 1 vote remained for the former creditors.

It is noteworthy that since 2016 KTB’s trustees have been pursuing a lawsuit against VTB Capital and now they give up the pledge of shares of Viva Telecom Bulgaria.

The reason is the €180 million difference between InterV Investment’s debt to VTB Capital and the price at which that debt was sold in 2015: €330 million.

Theoretically, once VTB Capital is satisfied as a creditor, the remaining amount has to be transferred to the owners of InterV Investment. At that time those were LIC Telecommunication, once controlled by Tsvetan Vasilev and then by Russian national Dmitriy Kosarev with 43%; Crusher Investment, officially owned by VTB and in Vasilev’s words only a nominal shareholder; and BTC’s former creditors united around Michael Tennenbaum with 23%.

As almost all participants in the scheme admit, the first two stakes, i.e. a total of 76% of BTC, were acquired with money originating from KTB.

That is the reason why KTB’s trustees filed a lawsuit against VTB Capital and claimed the difference. According to sources of Studia Transmedia, that concerns €125 million, which is still blocked in an escrow account of VTB Capital in London.

According to lawyers whom Studia Transmedia consulted the claim of KTB’s trustees does not stand much chance of effective success. The main reason is that the proceedings are conducted in Bulgaria and whatever the decision of the court in Sofia, it will hardly become effective without a lawsuit in the UK and even Luxembourg.

As a matter of fact, the lawsuit in Bulgaria has only one effective result: it has blocked the money on VTB Capital’s account and gives reason to VTB’s London unit to not transfer it to the former owners of BTC. That is most probably good news, because it gives some chance to KTB – and respectively the state – to get some satisfaction from the change of ownership in BTC.

Here comes the tough part. According to information of Studia Transmedia there is a counter-attachment imposed on the amount at the request of Empreno Ventures. That is one of the companies controlled by Dmitriy Kosarev. Thus even if the Bulgarian court grants KTB’s claims, VTB Capital will not be able to transfer the money to the Bulgarian bank.

A source of Studia Transmedia who is familiar with the decision-making process commented that KTB’s trustees were initially against filing the lawsuit – because of its doubtful efficiency and because of the need for a substantial deposit to be paid. More than 1 million leva has been paid so far as a deposit. Later on the trustees changed their mind. What made them do so is not clear.

Their agreement to release the pledge of shares of BTC’s Bulgarian owner, Viva Telecom Bulgaria, however substantially reduces their chance of collecting a meaningful amount from Bulgaria’s largest telecom the acquisition of which was financed with a KTB loan.