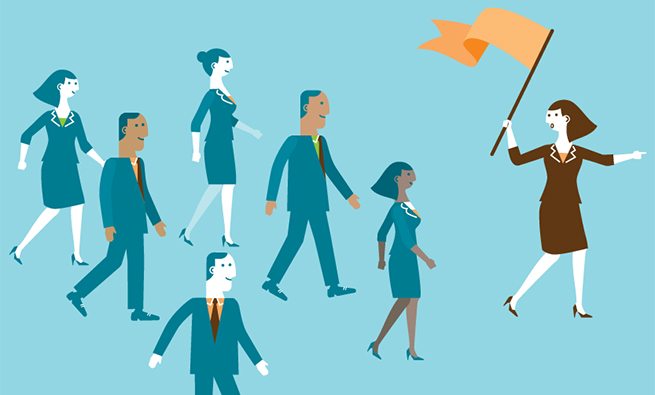 Two years ago Bulgarian showman Slavi Trifonov, who is now going into politics, announced a casting for politicians. It is not yet clear whether the cadre has refreshed Bulgarian politics. It actually does not matter, because the so-called politicians are nothing but our materialized idea of them.

Judging by the last two decades, that idea has been of something that is mean, incompetent and greedy. To break that vicious circle and stop the rapid downward spiral we should change our idea of politicians and our vision of leaders.

It is not a secret that leaders are reared, trained and educated from young. In Bulgaria, that is mainly done by structures financed by foreign donors. However, their product is now often displaced by drivers, bodyguards and secretaries of the one-time elite, who abound on a government level. They are trained in some mythic laboratory of the one-time repressive state apparatus, which in turn is gradually eaten by its creations. There are dozens of examples: from Dogan, Simeon and Borisov to Peevski.

That would not be a problem in itself it there were other figures: intelligence people with expertise, excellent knowledge about the state system and well-formed government skills. People consistent in their progress. People who care about the state of Bulgaria and its people. Leaders formed by European criteria and not by the remnants of politbureau and its servants.

As Churchill once said, a club with too many members is no longer a club. The same holds true for politics. The entry of crowds of unfulfilled people from all social strata, no matter how undemocratic it may sound, makes it profane – to an extent that in Bulgaria there are members of parliament and even chairmen of parliamentary committees who, alas, cannot clearly articulate the essence of a draft law. And that is the simplest thing they are supposed to be able to do.

The leader problem has its roots in Bulgarian people’s psychology. Experts say – and practice proves it to be true – that Bulgarians like a firm hand. And prefer it to respecting the rules, human rights and all sorts of judicial reforms which in general they do not understand very well. By the way, Bulgarians very rarely observe the rules – for instance, when anaesthetized on the operating table.

People’s love for a firm hand gives a reason to many observers to recommend shifting to a presidential republic. Then there will not be a need for so many leaders, one will be enough.

The retreat from a parliamentary system however does not look possible for now. And while keeping the current state system we inevitably face the leader problem. Not the leader personifying the firm hand – that would take us away from the European path of development. But the leader who does work for Bulgaria, achieves results and, based on that, has credibility.

Everywhere in the world a person preparing for a political leader starts from simple popularity: the television one. Actors, businessmen, even ordinary populists manage to become not just politicians but leaders exactly in this way.

There are such examples in Bulgaria too. To illustrate this, let’s mention some of them. Volen Siderov. Valeri Simeonov. Boyko Borisov. Slavi Trifonov. No matter how often they are attributed some charisma, it is actually just screen popularity – something, alas, that is absolutely enough for Bulgarian voters to make their choice.

And while global leaders, being both populists and exponents of geopolitical lobbies, still have some clear action programs, the Bulgarian ones simply do not. They lack what is called politics. And they will lack it as long as voters do not pose it as a requirement.

Rumen Radev and Kornelia Ninova make an exception from that TV-imposed way to ascendancy but their leadership qualities are questionable – both for their opponents and for their own circles.

It is a fact: we do not have leaders. A casting for them is urgently needed.

Because everyone who wishes can become popular. Provided he has (or is given) money to invest in popularity, to politicize it and get popularity prime. That is how the pushy elected representatives do it in Bulgaria. And spoil politics to an extent that every normal person loathes it.

The lack of quality leaders is one of the main problems in contemporary Bulgarian politics. One of the reasons is probably connected with the fact that the honest, unworldly and highly educated people shun that walk of life. The political system itself has turned into an arena for personal and caste gain on the back of public assets. Something that the intelligent, knowing and able person can neither accept nor bear to see happening before his eyes. Most often such people emigrate or sink deeply in the academia, in a closed creative world or in some multinational company in Bulgaria where they get European payment. And they do not care about what is happening around them, because, all things considered, it is happening by the will of the people.

Therefore the Bulgarian desperately needs political education. Firstly, to understand his own responsibility and not transfer it mechanically on those who vote. Because in this way he does elect the government himself. Realizing one’s own responsibility will provoke a desire in the person to also seek responsibility from all levels of government. Realizing the differences between a TV star and a working leader would be a basis for real casting. That will be a real civil society and not just a talk.

But who can actually bring that enlightenment? All those for whom politics is not free money and apartments are not the cherished goal but who would deal with public activity. All those who know how it is in the developed countries, because they have studied or lived there. All those who can explain to their neighbors or relatives what they should require, how they should behave as citizens and not as population. Every civil act, every revolt – big or small – is a step towards that. One cannot rely on the media only: a lot of them do not only maintain the status quo but multiply it.

When we have an enlightened nation, then we will have normal politicians. Then the leaders will be formed in a natural environment by European criteria and not in some unknown political laboratories.